JF announces a gradual color change for its new visual identity.   As it is known by the market, JF machines have already been green, also called byzantine blue; it has already had the combination [...]

JF received the Touro de Ouro Awards for the seventh consecutive year. This award is a recognition promoted by AG Magazine for top of mind brazilian livestock brands. The selection of winners are made [...]

The JF received for the 6º consecutive year the Touro de Ouro Award. This is one of the most important recognition of Brazilian livestock marketing and promoted by AG Magazine.   This Award [...]

In a dairy event that happened last August 18th, in Agroleite Fair located at Castro City – PR State (Brazil), JF has been recognized as the “Best Forage Harvester in Brazil” and received [...]

The agribusiness has been an important player in brazilian economy for both production and employment growth. After impacting GDP (Gross Domestic Product) positively in the first quarter of 2017, Agribusiness [...]

IBGE: Milk production recovers in the 4th quarter of 2016

The Brazilian Institute of Geografy and Statics shared last March 15th the brazilian milk capture (formal production) in the last quarter of 2016. The numbers points to a recovery compared to the 3rd quarter [...]

On Jan 17th, JF held an event to inform about the new website which will go live on Jan 23rd. The site relies to an innovative layout and fully interactive.   As part of the same event it was [...]

Expectations for brazilian agribusiness in 2017

Despite the fact that agribusiness is often seen as one of the pillars that keep Brazil working when difficult times comes in economics and political scenario, some areas of the sector faced [...]

Last Friday (04/11), JF received for the fifth consecutive year the Touro de Ouro Award, one of the most important recognition of Brazilian livestock. JF received the Award on the Precision Forage Harvesters [...] 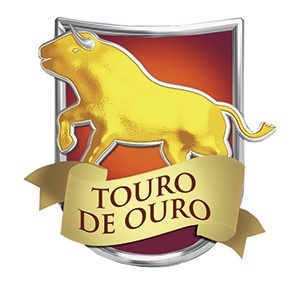